Letters Of Recommendation: What Every College Bound Student Should Know

Letters of recommendation are important because they put a college applicant’s transcript into a meaningful context. College admissions professionals often cite grades and academic rigor as the best predictors of academic success on the college level. But these two predictors do not tell the whole story. Grades and courses do not provide information about a student’s strengths, challenges, personality, character, and work ethic—all of which are significant indicators of a student’s ability to be academically successful and contribute to the campus community. Letters of recommendation provide this valuable, contextual information. 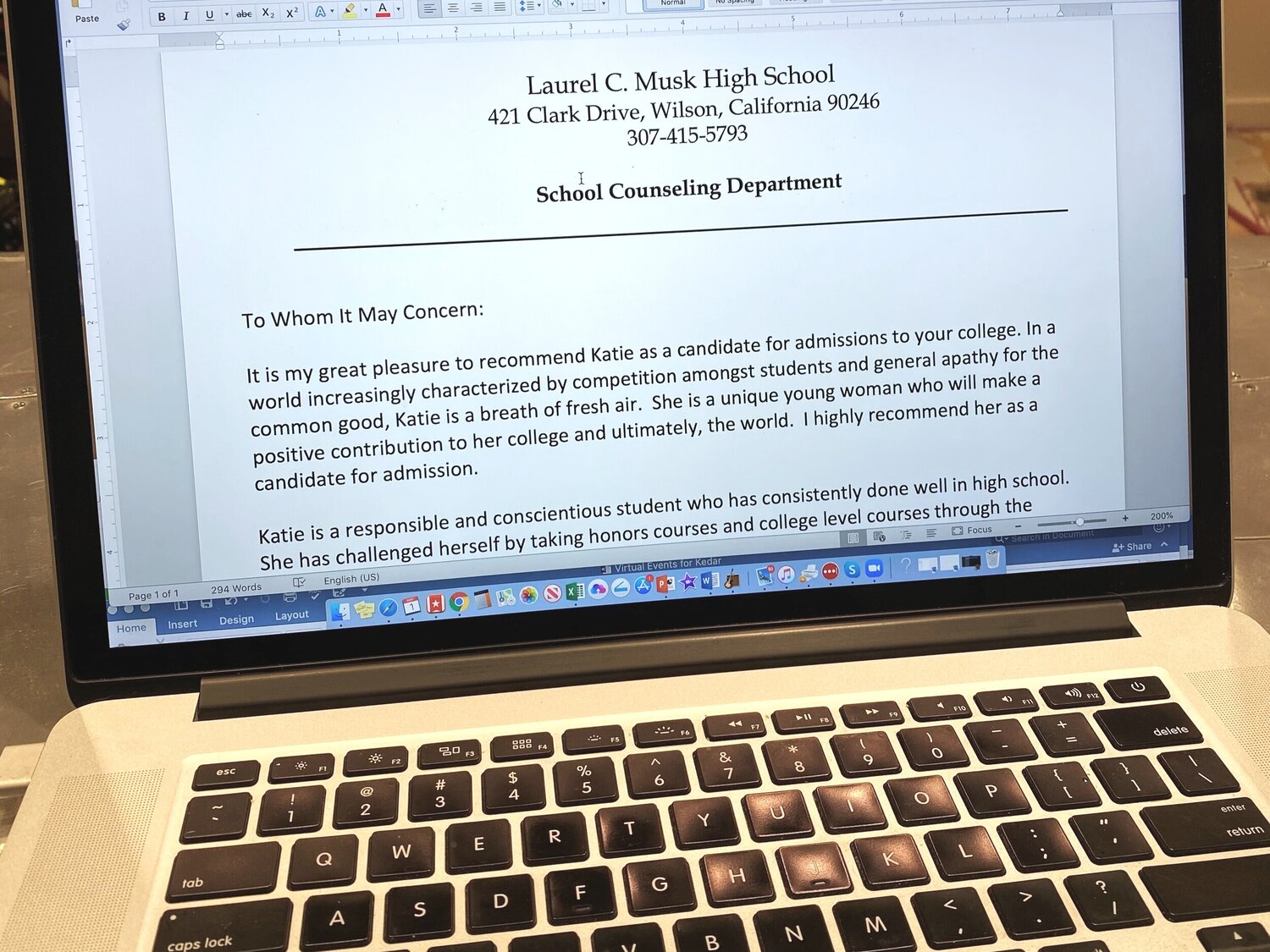 Who writes the letters of recommendation?

There are three types of letters of recommendation: the school counselor letter, the teacher letter and the “other recommender” letter. Typically, colleges require a letter of recommendation from two teachers as well as the applicant’s school counselor. However, it is important to read the instructions on each college’s website to understand the exact requirements. Some colleges require fewer letters of recommendation and some colleges allow an “other recommender” letter for applicants who feel that an endorsement from a community member such as clergy, an employer or a coach would add value to their application.

What is the difference between a “teacher letter” and a “counselor letter”?

Teacher letters help admissions counselors determine if a student is an academic fit for their institution. Teachers may choose to comment on a student’s intellectual curiosity, work ethic, ability to work as part of a group, an improvement over the course of the year, or how a student handles challenging topics in the subject area. Teachers have a unique relationship to the student which will allow them to comment on a student’s organizational, public speaking, and writing skills. Teachers often give examples of how a student approached a specific project and how they interacted with other classmates.

Which teachers should a student ask for letters of recommendation?

When should students ask their teachers and school counselor for a letter of recommendation?

Ask for recommendation letters during the spring of junior year or beginning of the senior year (for senior year teachers.) It is important to be near the top of a teacher’s list because some teachers put a cap on the number of letters they are willing to write. This is especially true of the more popular teachers or teachers of the academic classes perceived to be more rigorous than others. Additionally, a letter that is written when the teacher is fresh, not after he/she has grown weary of writing letters for students will likely be more comprehensive. Students should realize that it takes time for teachers to prepare a letter. Asking at the last minute reflects poorly on the student and may impact the quality or timeliness of the letter.

How should I ask for a letter of recommendation?

Whenever possible, students should ask for a letter in person. The teacher will be spending their personal time outside the classroom to prepare the best possible letter. It is not thoughtful to send an email. It is not appropriate for a parent to request a letter on behalf of the student. While schools remain closed due to COVID-19, a video chat may be an appropriate substitute for an in-person request. Once a teacher has agreed to write a letter for a student, the student should ask the teacher if there is any information that would be helpful to provide. Some teachers ask students for a resume, transcript, and/or “brag sheet” where the student answers questions about their strengths, interests, and goals. Be ready to provide any or all of these if requested.

What should students do if they would like their teacher or school counselor to write something specific in their recommendation letters?

There are instances when a student would like to request that something specific is included in the letter of recommendation. For example, perhaps a student excelled at a specific project in class or was consistently helpful to other students. Or, in the case of the school counselor letter, perhaps a student missed a lot of schools and the absences affected his/her grades. Students should discuss these scenarios with their teachers and school counselor and decide if it is best for the applicant to address them in the “additional information” section of the Common Application or if it is best for the recommendation letter to address them. A word of caution: When someone else writes about you, you lose control over the message. It may provide greater clarity if the student addresses these matters directly rather than rely on either a teacher or school counselor to do so.

How are letters of recommendation sent to colleges?

Should students waive their right to see their letters of recommendation?

Under the Family Educational Rights and Privacy Act of 1974, students who are age 18 and over have the right to request access to their letters of recommendation after they have received an acceptance letter and chosen to attend a particular college. A student’s college application will ask whether they want to waive this right. It is beneficial to the student to waive the right. Doing so assures the admissions officer reviewing the application that the recommender was candid and honest because he/she knew that the student would not see the letter. Admissions counselors may discount the importance of a letter which they know to have been reported back to the student.

How should students follow up with their teachers and school counselor after the letters are written?

Students should always send a thank you card to their recommenders. Additionally, as acceptances start rolling in, students should let their recommenders know where they were accepted and what their college plans are. Teachers and school counselors work hard on these letters. They deserve and will appreciate a “thank you” and they will enjoy the opportunity to share in the student’s progress towards college.

If the provided email exists in our system, you will shortly receive an email with instructions to reset your password.